Classical Chinese Medicine recognizes five seasons: spring, summer, late summer, autumn and winter. Each season is related to a specific element, specific bodily organs, specific emotions and other factors that are briefly described in the infographic below. Each season also presents characteristic challenges to our health and psychospiritual wellness. An understanding of seasonal challenges can help us maintain wellness throughout the year. For an introduction to the Chinese Medicine concepts of Yin and Yang and the Five Element Theory, check out my last article, “Essential Oils for Late Summer.”

Those of us in the Northern Hemisphere are currently entering the Autumn season. Autumn begins officially on the Equinox, September 21st.  Autumn has mystical associations across global cultures. In the west, it is the season of Halloween and the old Celtic festival of Samhain, both being times when the veil between the worlds of the living and the dead is thinner and more easily crossed.

In Classical Chinese Medicine, Autumn is when the cool, sinking energy of Yin has begun to overpower the hot, rising Yang energy of summer. Things become quieter, the air takes on a chill and the energy of plants moves into their roots. Classical Chinese Medicine associates Autumn with death, contraction, and the ending of cycles. It is also recognized as a time of decision making, when we must choose what to let go of and what to carry forward in order to ensure our survival during the cold, difficult winter season. 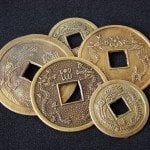 The element associated with autumn is Metal. The main organ for this element is the Lungs and the cooler days of Autumn present some challenges to the respiratory system and to immunity. In the west, we know Autumn as the beginning of the cold and flu season and Classical Chinese Medicine recognizes this as a time when our surface immunity, called Wei Qi, begins to wane and we become more vulnerable to adverse weather and environmental influences. If we maintain a balanced Metal element as we move through autumn, we will be more likely to avoid these seasonal challenges.

The core emotion associated with Metal is grief, and the aspect of Spirit that comes into play this season is the P’o, which translates roughly as the Corporeal Soul. This is the aspect of the Spirit that dies with the physical body and that is believed to mediate the expression of emotions through the physical body. At the psychospiritual level, the Metal element has to do with the unconscious mind and psychosomatic complaints. Emotional problems that may accompany Metal imbalance include low self-esteem, obsessive-compulsive behaviors, unresolved grief, depression characterized by a lack of connectedness, and a host of psychosomatic complaints.

Essential oils of other elements may also be helpful during Autumn, including:

As you may have noticed, many of these essential oils have been claimed by modern aromatherapists to address respiratory issues and boost immunity.

As you move into the autumn season, be especially mindful of repressed emotions and unresolved issues since these are believed to be factors in setting the stage for imbalances to manifest. This is a good time also to develop awareness of where your emotions go in your body: when you get emotional, does your heart beat faster, does your stomach knot up, do you get neck pain? By becoming aware of the connections between feelings and physical reactions you may be able to quash the development of psychosomatic symptoms. Some practitioners counsel that it is a good idea to release negative emotions through breathwork, bodywork, aromatherapy, and routines like yoga and Qi Gong before they begin to manifest in the body.

What have you found useful for living in harmony with the Autumn season? Have you ever used aromatherapy to do this? Leave a Comment below the infographic – we love to hear about your wellness practice!

1 thought on “Autumn Aromatherapy: Harmonize with the Season of “Metal” [Infographic]”

Home » Autumn Aromatherapy: Harmonize with the Season of “Metal” [Infographic]
0
0
Your Cart
Your cart is emptyReturn to Shop
Continue Shopping